Bluebells in the Bronze Age! 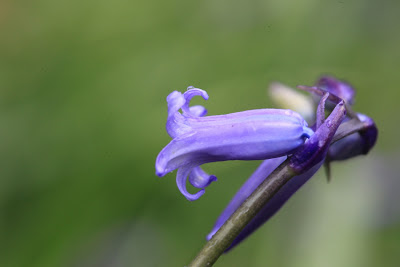 These little blue gems which appear around April and May, carpeting woodland floors, have an amazing history in the UK, where it is though around 50% of the world’s bluebells grow. 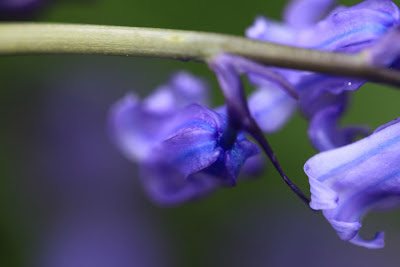 The flowers tend to lie on one side of the stem and droop once they are open.  As the name describes they are bell shaped and range from blue to violet.  Occasional white flowers can be found and may be genetic mutations. Most striking is the fabulous scent that they produce which adds to the delight of wandering though bluebell carpets. 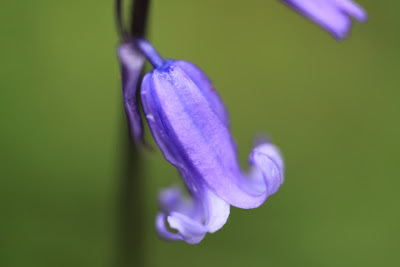 Bluebells are native to the UK, although there are some Spanish ones around and these have mixed with the native variety.  The Spanish ones can be white or pink, but the most obvious difference is that they have very little or no scent. 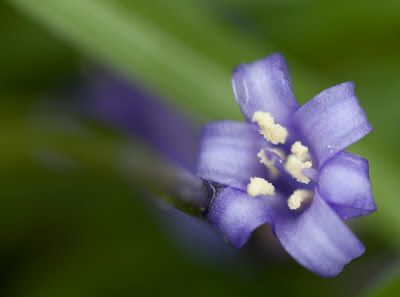 Arran is steeped in history from the Bronze Age and it is likely that glue made from bluebells was used to attach feather to hunting arrows.  In more recent times Bluebell glue was also used to bind books. 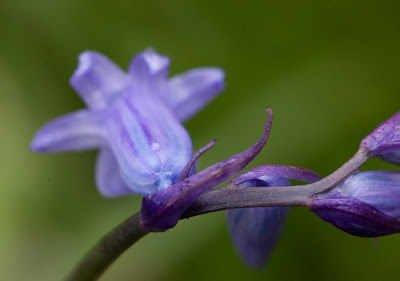 Bluebell roots were also used to make starch to stiffen clothing, particularly collars and ruffs in the Victorian era. 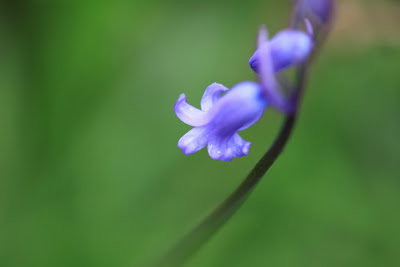 Like many native wild flowers, bluebells are protected under the Wildlife and Countryside Act, and it is illegal to dig up the bulbs for sale or profit.  In all cases removing the plant, even for preservation reasons requires permission from the landowner (as most bluebells are found in woodlands there is always a
landowner). 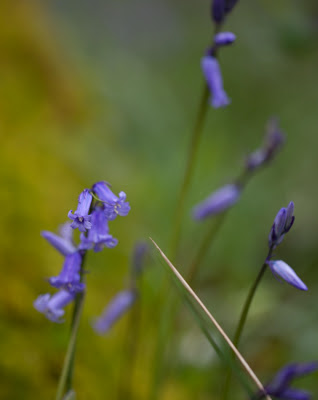 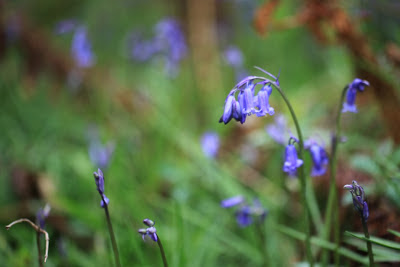 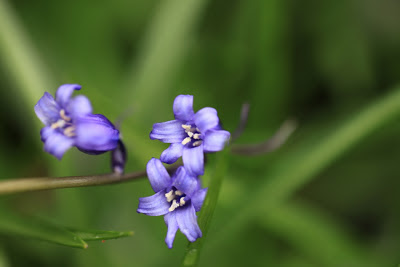