A frosty welcome on Arran 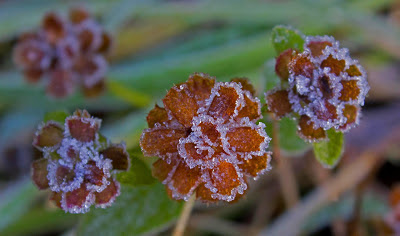 There is nothing wrong with talking about the weather, actually I think women talk more about it than men (who often ramble on about football instead).  It's a great way to start a conversation, and with the exception of someone who lives in a cave underground, everyone has some knowledge of it.  This week Arran has been blessed with a few beautiful sunny mornings. 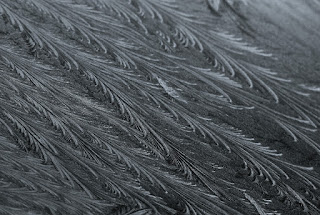 Sunny mornings often follow a clear night sky, and it being winter a crisp frost. Time to root out the de-icer and scrap off the feathery patterns on my window screen.  Seems a shame to destroy Jack Frost's artwork. 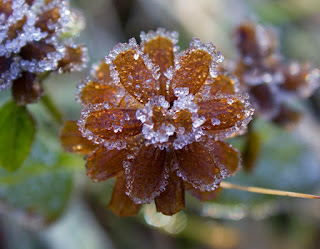 The frost doesn't last long in the sunshine but makes small dead flowers and leaves appear sugar coated. A light frost can be very photogenic, especially close up. 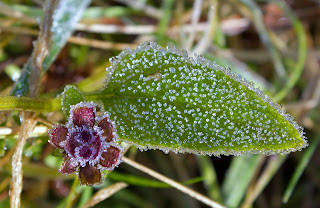 Foliage that is really well past its best, gets another lease of life with a dusting of ice crystals. 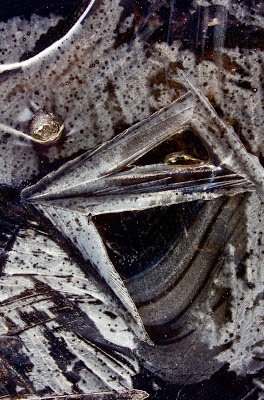 Even in the most boring surroundings (something that cannot be said on Arran), frozen puddles can provide a source of inspiration.  No special kit needed just a standard 55mm lens (or any compact camera), and a bit of imagination. 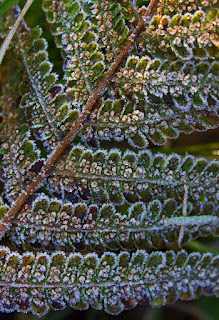 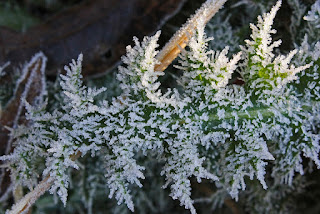 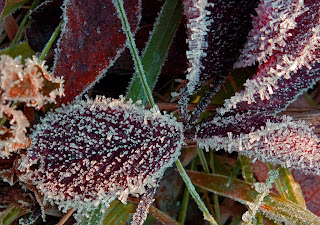 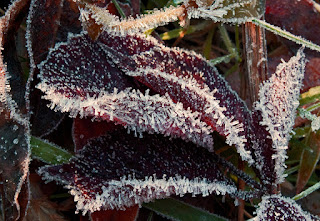