Go on, indulge yourself in a little misery 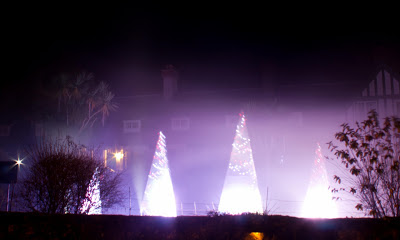 Well it’s been one of those weeks, you know the sort where you want to curl up under the duvet with a large bar of chocolate and a bottle of wine.  Not that I've had a crisis, I could deal with one of those, it was just lots of little irritations… the tumble dryer broke, someone said something, I broke the lens on one of my camera’s, the dog misbehaved, someone let me down, the computer hid my work in one of those never to be found again temporary files, my expensive hairdo didn't turn out quite as expected, oh the list goes on but I won’t bore you.

So I could indulge in a little self-pity but my mother’s words ring in clearly in my head – stop feeling sorry for yourself, there’s a lot of people worse off than you!  Well yes I know that, so along with my trivial list of woes I now have a guilt trip going on!

But interspersed with the doom were little glimmers of joy and some amusement.  There was the fabulous Santa’s Sparkle event in Lamlash with a light and firework display.  The sun shone most of the week, so my outside jobs were made much more pleasurable.  Calm seas allowed for some night time eavesdropping as crew from a moored boat came ashore, not realising how their voiced travelled, I managed to do most of my Christmas shopping this weekend. Oh and I won on the lottery - no not the jackpot – do you think I would be writing a blog if I had! 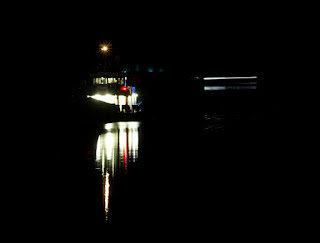 Like the lows of the week the highs were nothing to write home about, but I probably wouldn't have appreciated them quite so much without those niggles.  So go on indulge yourself with a little misery, it makes the simple things in life shine so much brighter.
Posted by Jackiesrunning at 20:01