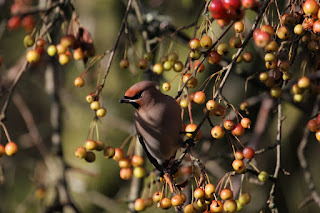 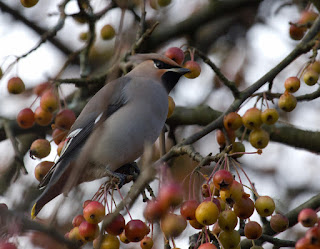 A large number of Waxwings have invaded the Isle of Arran in search of food.  These large flocks sometimes arrive after a good breeding season followed by a poor crop of berries in their native Scandinavia. 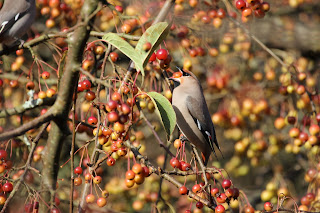 Amazingly they appear to swallow the berries whole!
Normally their diet consists mainly of mosquitoes caught on the wing.  Apparently the marking on the face have some relevance to this but I have no idea what. 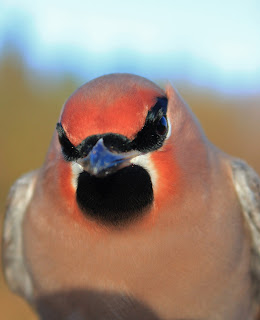 Although very distinctive the large flocks on the move can easily be confused with starlings as they are about the same size.  However, once seen sat in the trees or feeding the differences are obvious. 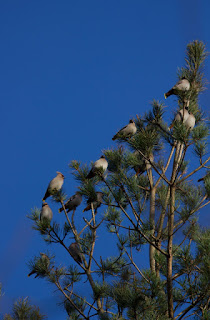 The birds won't stay all winter but will move on, once our trees are emptied, most likely further south where they will spend the winter in the north of England. Amazing how my mind jumps, and thinking of the North of England and a place called Liverpool I was reminded of Cilla Black (and the red quiff she used to don), so I did have a laugh when I found out the Waxwing species is Bombycilla Garrulus! 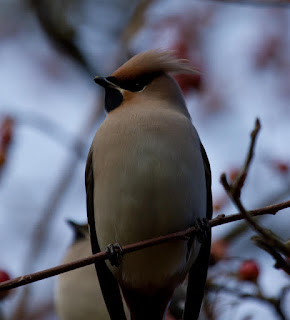 These birds are not shy and it is easy to get fairly close with a bit of care and make great photographic subjects. 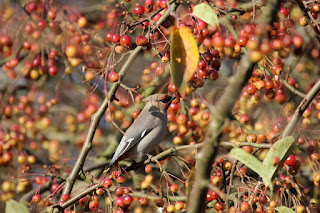 On my trip out to photo these birds I met up with the local bird ringer and was able to get some close ups of the feathers - this one being a mature male. 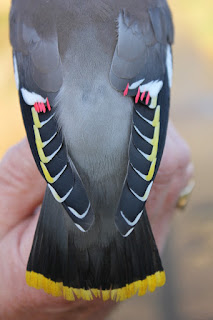 For some reason they seemed to like to hold on to their own toes when being handled, and were not always eager to fly away.  One literally lay in my hand until I pushed it off - I'm not sure if it was just playing dead - while sucking its toe - most peculiar. 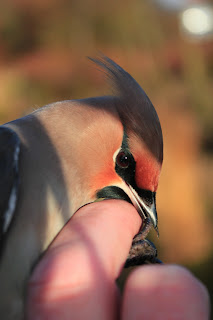 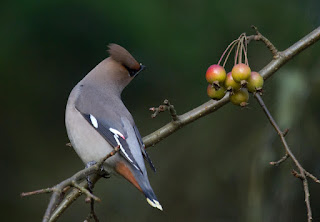 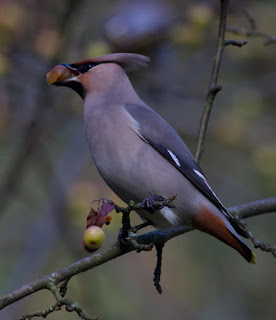 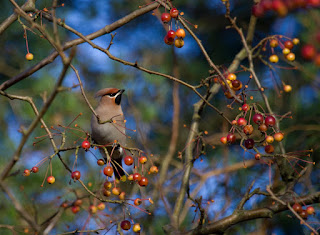