Occasionally I do a blog of something 'off island' and this is one of those (but you will note its still in Scotland).  I recently stayed at Glen Tanar in Aberdeenshire, a small estate tucked nicely into the Royal Deeside area and another haven for wildlife (Eagles, Osprey, Black Grouse, Deer).
Like Arran there is plenty of walking around on mixed low and high level paths, and it has to be said that even in May there was snow on the tops.  But I was here for a bit of R & R, so didn't plan any major mountain excursions.
Wandering around the many marked and easy going paths I came across this little building which I nick-named the Gnome house (for no reason whatsoever).  At the side of the 'Water of Tanar' I could see it had been some type of pump, fallen into disrepair.  A conversation or two later and I understand it was a turbine that helped provide the power for the little church nearby (Chapel of St. Lesmo) and the organ.
I decided to take an evening land rover safari through the Estate, escorted by Mike the Ranger and we bumped and climbed up forest tracks, through some amazing woodland and ancient forest.  The deer frequently skirted our path and cross the track - always scampering away as soon as the camera got anywhere near.
Not that I expected to get any great images going out in drizzle as the light was fading.  But that tends to be when wildlife is quite active and I was really wanting to scout the area for future visits.
The Osprey nest (seriously cropped image using a 400mm lens) was visible in the distance with 'mum' low down on the eggs.  We keep our distance so as not to disturb this fabulous bird at such a crucial time of breeding.

Every time I asked to stop, Mike obliged and I took the odd snap to try to capture the quiet feel of the evening as the temperatures dropped and light faded.
And a surprise hamper appeared with some biscuits made by 'Liz' and lots of hot coffee before we moved on.  Beats my old camping stove that I use for my clients - think I may have to upgrade!
But the night drew in and we managed to have a quick look at a few spots before returning back to the main Estate. Including a little spot called the 'traveller's rest'. A small area, where there are stones to sit on and little carvings in the rocks (a feature across the estate to be looked out for). 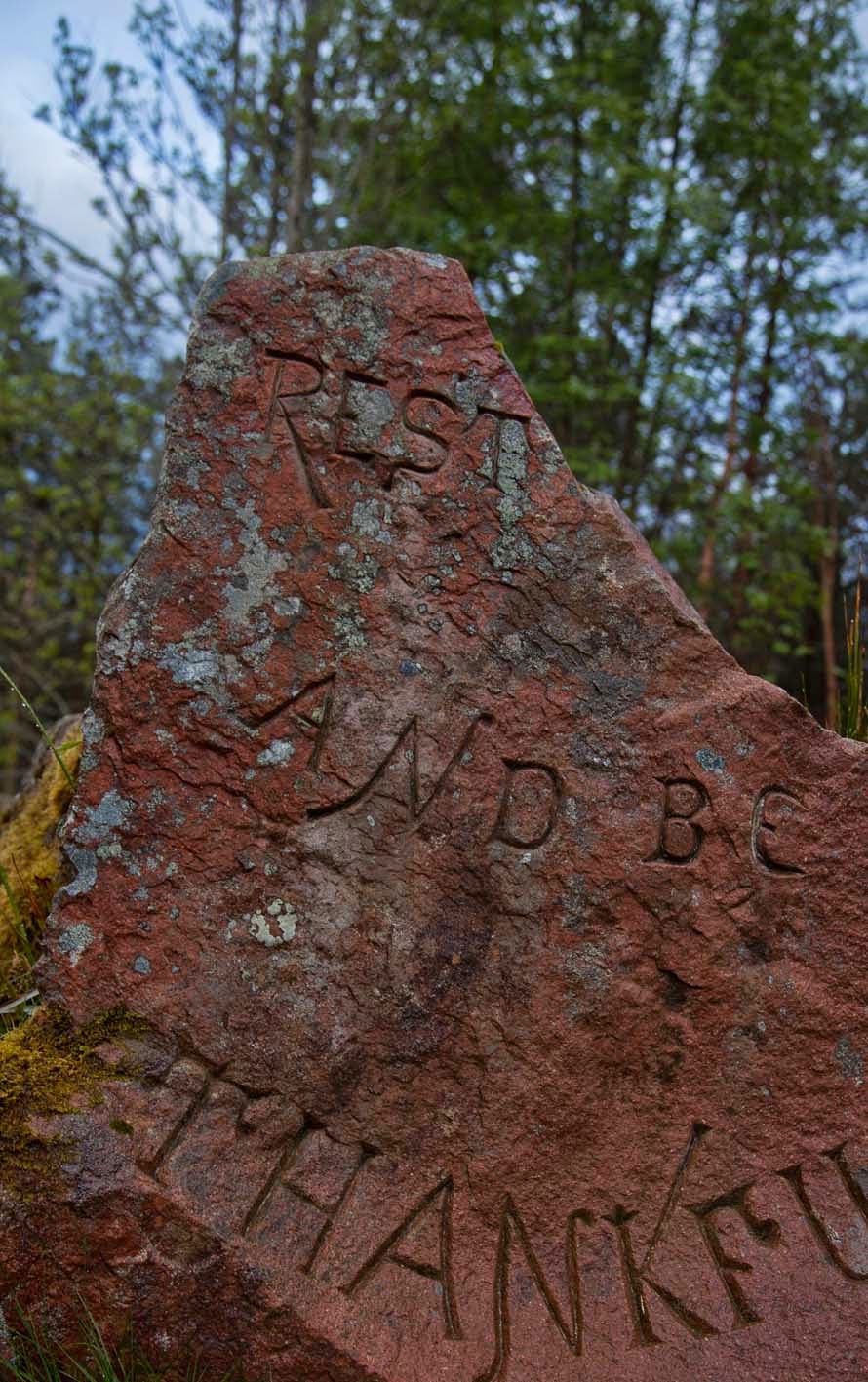 And as you can imagine it was placed at a point just after a steep section of track (depending on whether you were going up or down).

I found the Estate peaceful and welcoming, I will be going back.  And for anyone looking for a big wedding venue (over 100) just look at where they hold the ceremony (Ballroom).