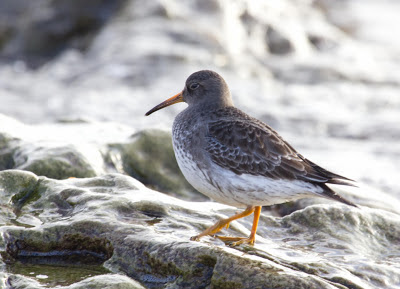 On one of the brighter days this week I set off to Kildonan to have an hour out with my camera; the mission to photograph a purple sandpiper.  Travelling light (not that the lens in any way can be described as light!), but with no bag or tripod, kitted out more for the cold weather than anything, a fresh stroll along the beach at the turn of the tide. 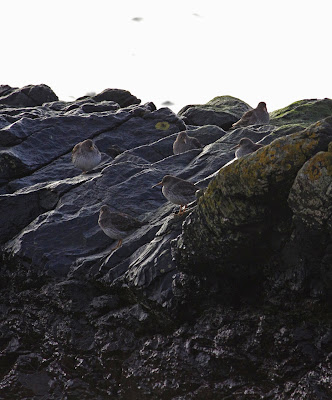 The purple sandpiper is not always an easy bird to spot and is well camouflaged within its usual habitat of rocky coastal shores. Although a regular winter visitor to the Isle of Arran it is more common around the east coast of Scotland, northern England and in Devon & Cornwall. The first time I saw one of these, it had to be pointed out several times before I could spot it, stood motionless in the seaweed. 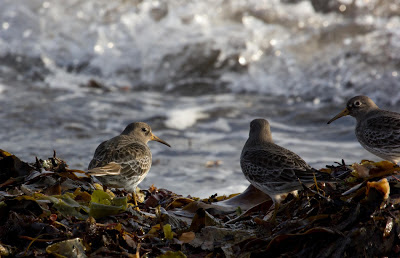 These birds like to eat insects and can often be found foraging in the seaweed, the reduced shore line at high tide makes them easier to spot.

Other waders such as turnstones are also picking over the same areas, along with the very cute ringed plovers. 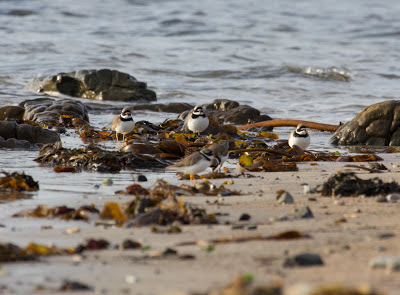 The ringed plovers have very distinct markings, the bright yellow legs and beak blend perfectly with the seaweed strands making them virtually impossible to see when they stand still. The RSPB describes this bird as small and dumpy (I'm offended on its behalf!). 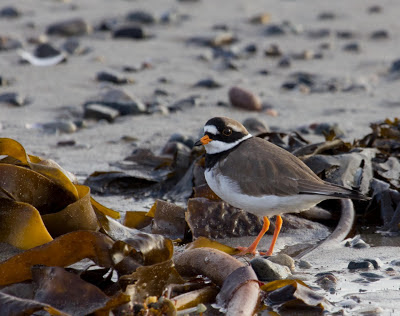 Rock pipits are always in abundance throughout the year, although bigger than a meadow pipit, I still think of this as a delicate little bird that is often overlooked (did you spot the one in front of the turnstones?). 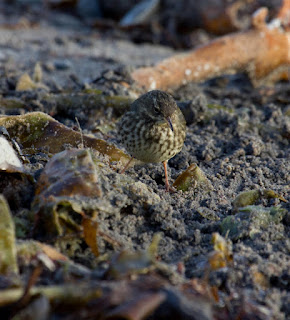 Other delights of my walk included the territorial red shank and an oyster catcher taking a bath (at the very extreme of my camera's focal length). 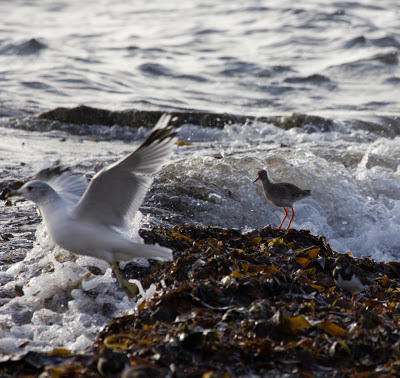 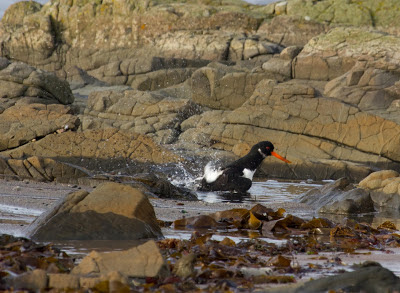 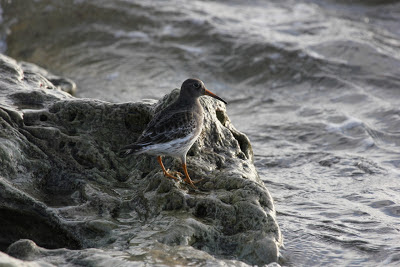 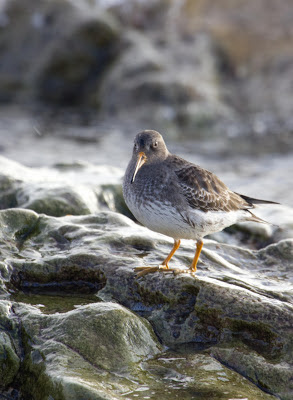