Well what a year its been! I'm never sure whether a review of the year should be in the last few days of the year or the first few of the new one?  But as I sorted through a few files and photo's  and as I don't want to bore you with the details of my Christmas, I thought a quick look at a few of my favourite bits would fill the gap. Kildonan (above) has to be one of the best places to see coastal wildlife from seals and otters to an abundance of birds. 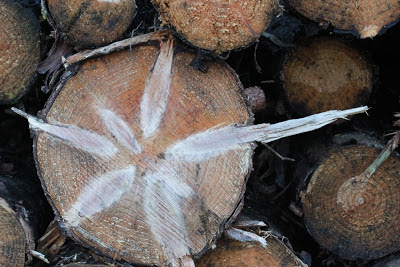 There seemed to be a fair bit of logging going on and this log pile caught my eye.  The sap oozing from the cut branches appeared painted on and actually lasted for weeks. The log is still there but alas has lost its star quality as the sap dried out (or more likely got washed away). 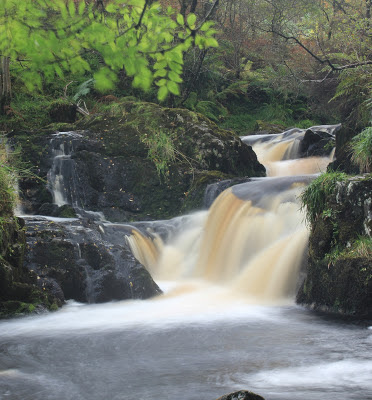 Washed away was the order of the summer and normally drier streams provided torrents of water usually reserved for winter and cooler months. The down side was the midges were abundant in the leafy glens.  Balancing the brighter summer days with longer exposures is a challenge enjoy. 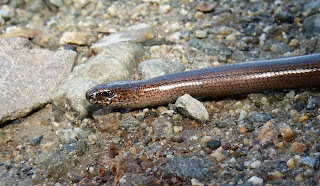 When quietly stood in one spot, it's amazing what comes along.  This slow worm (neither worm nor snake but a legless lizard), came for a nosy at what I was doing. Whereas I had to do a little prep work for the beetle and damsel fly.  Neither being very cooperative as they can fly away any time they want. 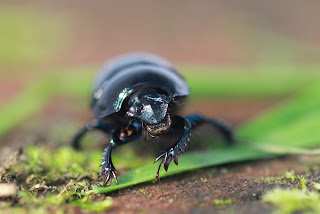 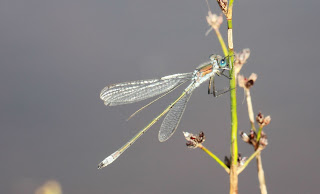 Summer brought the highland games, always worth a look.  The effort these heavy guys put in amazed me, event after event they threw huge weights around like I would a tennis ball (they had a little more accuracy than I do - fortunately for the audience). 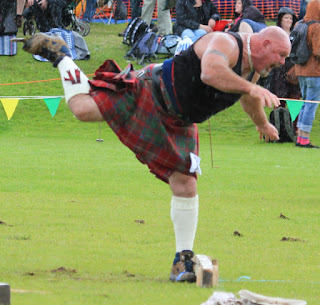 We got snow up on the Witches in May for the Arran Mountain festival and many a day with low cloud and rain.  Paths were washed away and boggy bits more boggy.  But it's always worth getting up high for the views. 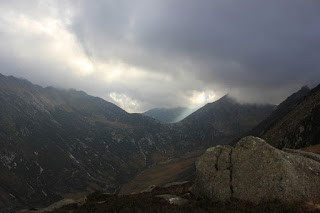 However coastal paths have been part of my dog walking regime, as one of my dogs can no longer do the mountains, and these bring their own delights, from basking sharks in October, to this rare threat display (below) as this one decided to display and not fly off. 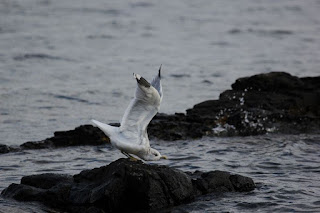 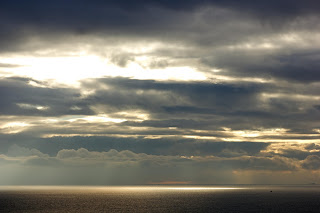 The first snow arrive in October, then there were the waxwings that visited in November in great numbers.  Then before I knew it I was here on the 2nd January, looking forward to 2013, regardless of the weather I know Arran will deliver with views, wildlife and a little bit of paradise. 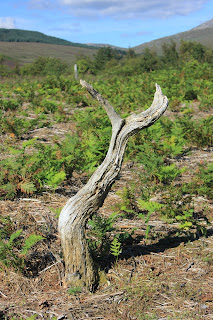 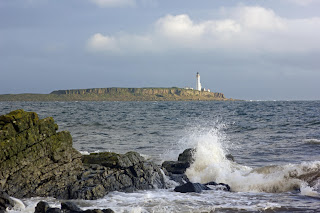