Well last week I found myself having to kill a few hours while I waited for my car to be mended at the garage in Kilwinning, just across the water from our lovely Isle of Arran.  ‘Killing time’, now that phrase sort of highlighted how many towns around this part of Scotland start with ‘Kil’.  I was in Kilwinning, then there’s Kilmarnock, Kilbride, Kilbirnie, to name a few.  The name ‘Kil’ links back to the Celtic Church, so there was no surprise to find that Kilwinning has an old Abbey. The ‘winning’ part is believed to have been taken from the name of a preacher, Winin, from the 6th century, who built a church here and was later canonised.

Despite the dull, wet and grey weather, old buildings can be great subjects for photography and so I went off in search of some inspiration.
The Abbey has a fascinating history directly linked to the first war for Scottish Independence. Bernard Linton, the Abbot of Kilwinning is credited with writing the Declaration of Arbroath (the first statement of nationhood in history).  He died in 1331 and is buried in a vault under the ruins.

“For we fight, not for glory, nor for riches, nor for honour,
but only and alone for freedom,
which no good man gives up but with his life"

The vaults under the abbey ruins are no longer accessible due to the rebuilding and extension the current Parish Church.  Occasionally archaeological digs still take place.
The original Abbey had three steeples, two were destroyed during the Reformation and the third by lightening 200 years later.  However, a new tower, known as the Clock tower was built between 1814 – 1816 (at a cost of £1590).  This tower was refurbished by the District Council in 1995 and is now open to visitors at limited times during the summer.  It is even possible to climb the 143 steps to the roof of the tower for great views of Ayrshire (on a fine day).  Needless to say the tower was firmly shut during my visit! 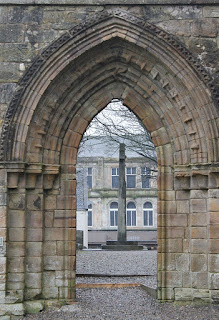 Also of interest to historians (but not photographed) is the ‘Head lodge of Scotland’.  Built in 1140, around the same time as the Abbey, this Lodge was given the number ‘0’.  The Lodge is just round the corner from the Abbey on Main Street. 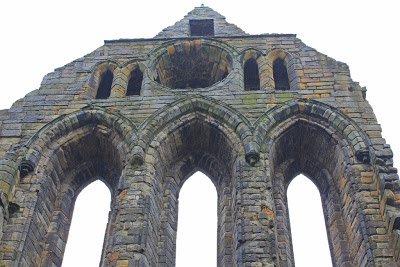 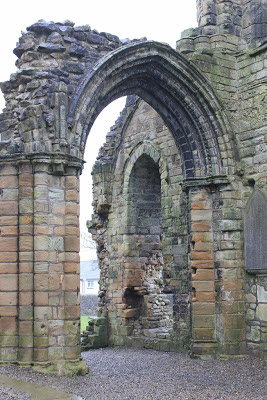 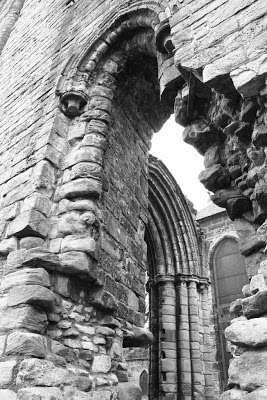 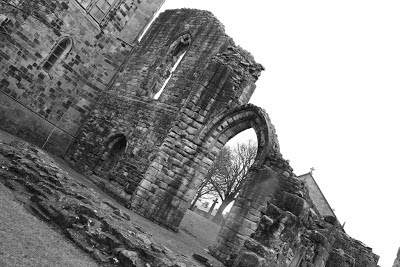 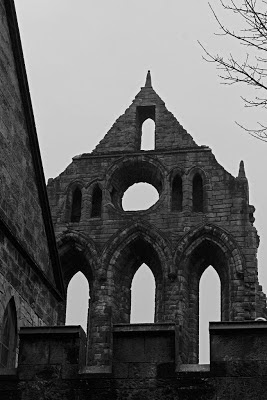