The Cameroon comes to Arran

Yesterday a group of lovely people from the  Cameroonian Association came to visit Arran.  I know little about the Cameroon other than it is on the African continent - a place I have travelled to many times - but I do know it has British and French connections as it was a French Republic before being split between Britain and France after WWI before it gained independence in around 1960. 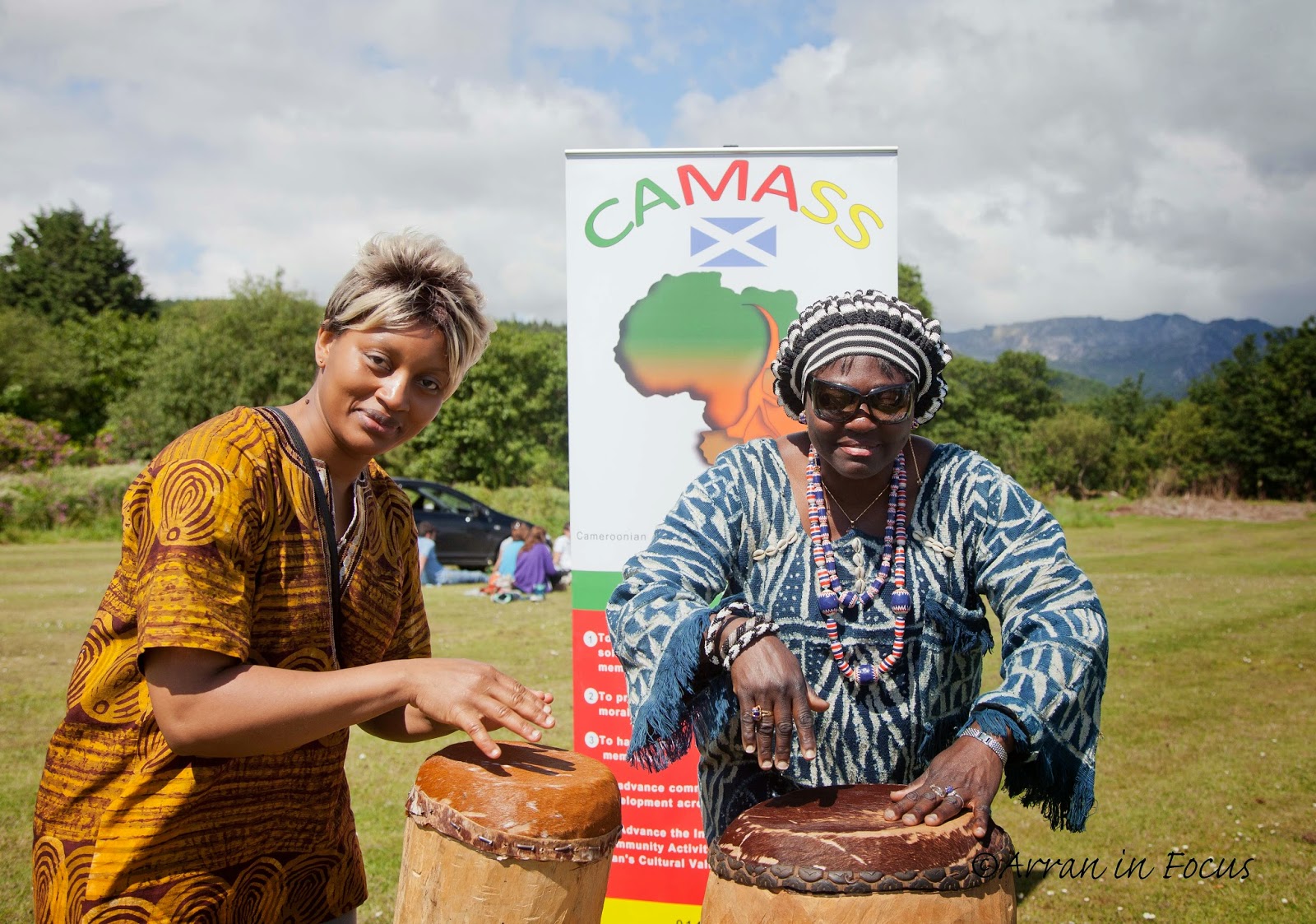 Cameroon have a team in the World Cup but have lost their first match to Mexico, and the odds on them winning are 2000/1!! 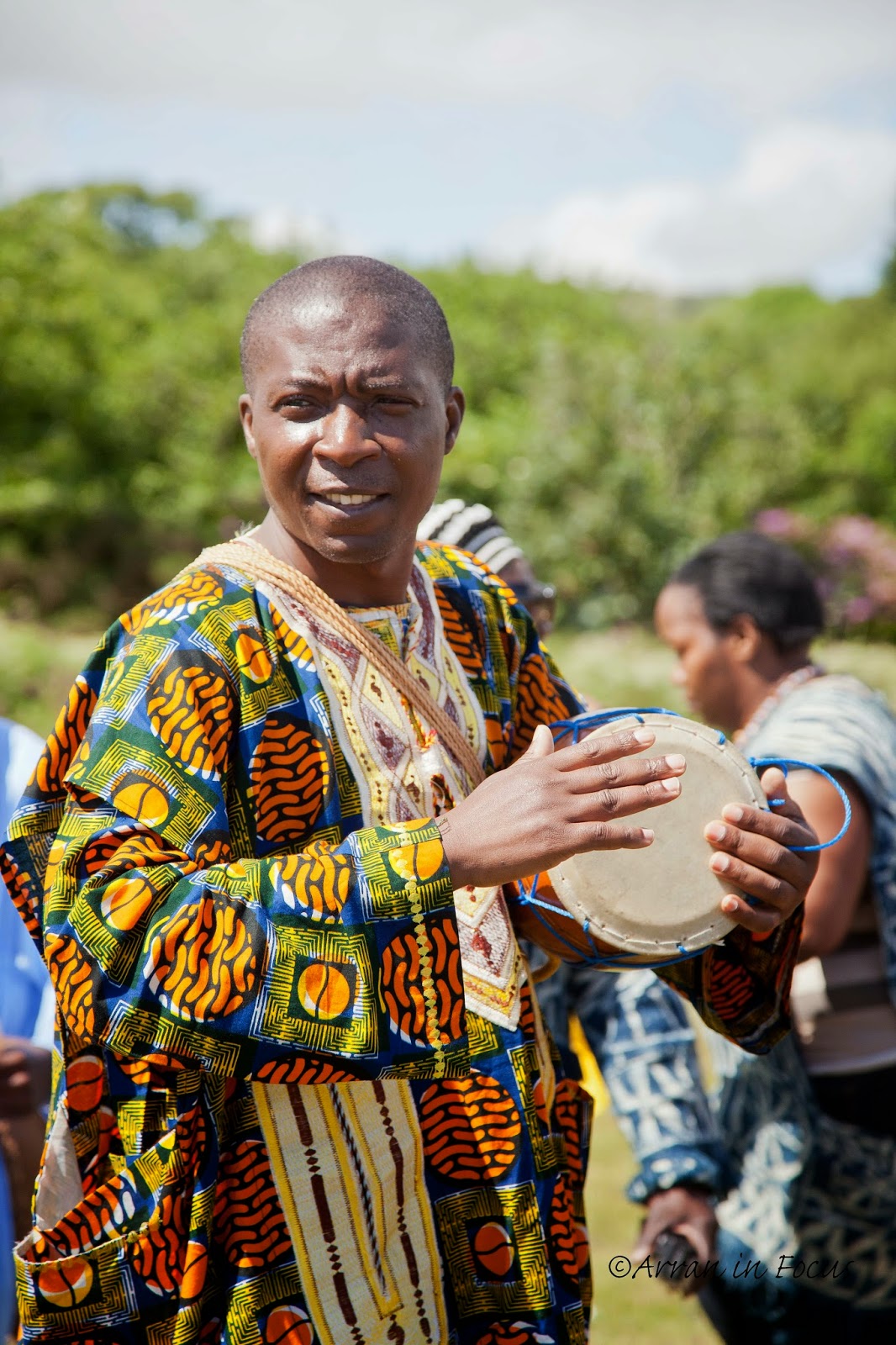 But what did I observe about the people who visited Arran?  Firstly, that they wanted their photographs taken, they actually queued and were keen to see what I had taken on the screen. 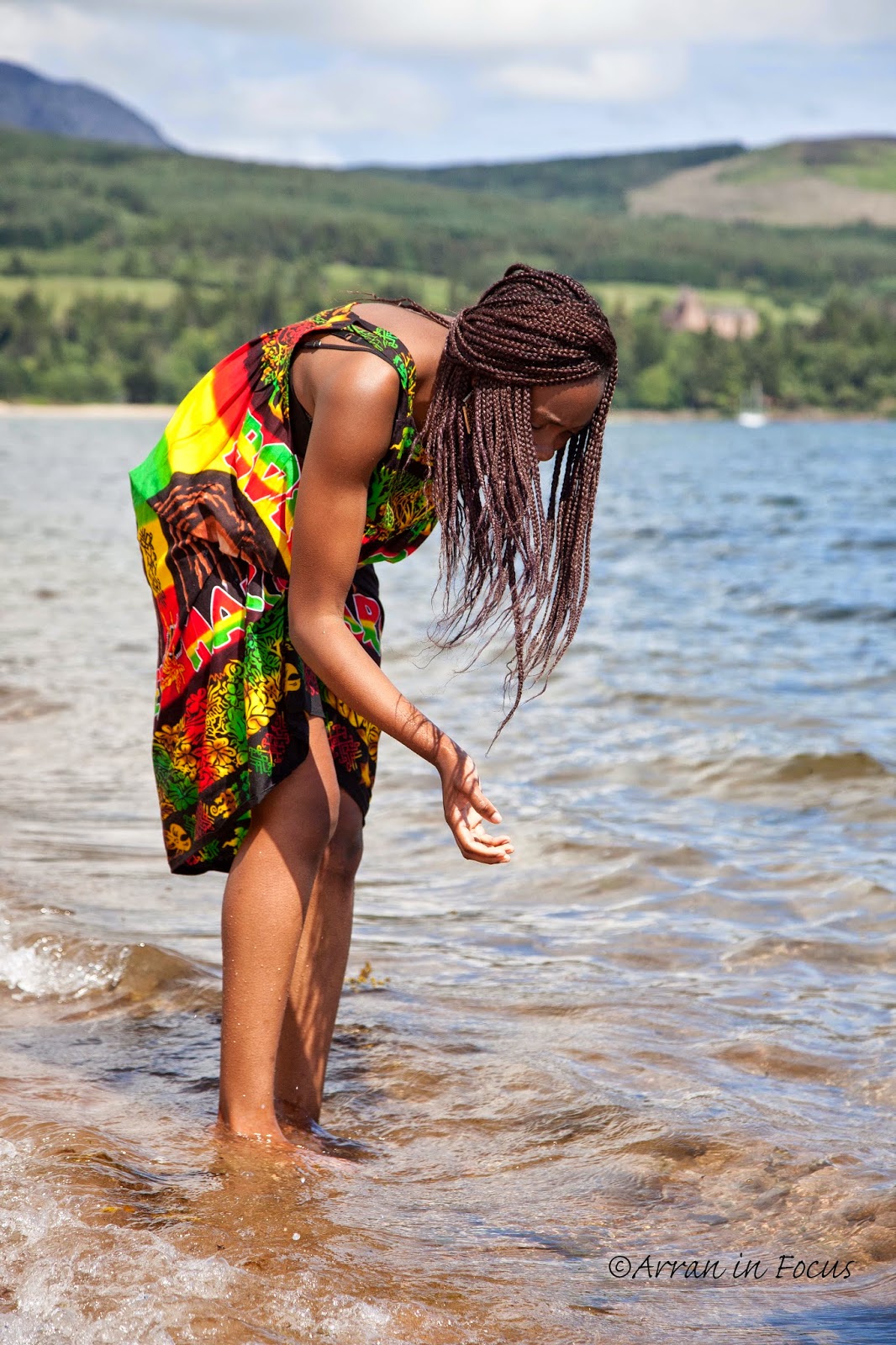 They were colourful and proud of their national style of dress - I have to admit to loving the colours and hair styles (I always wears black and tie my hair back into a clip). 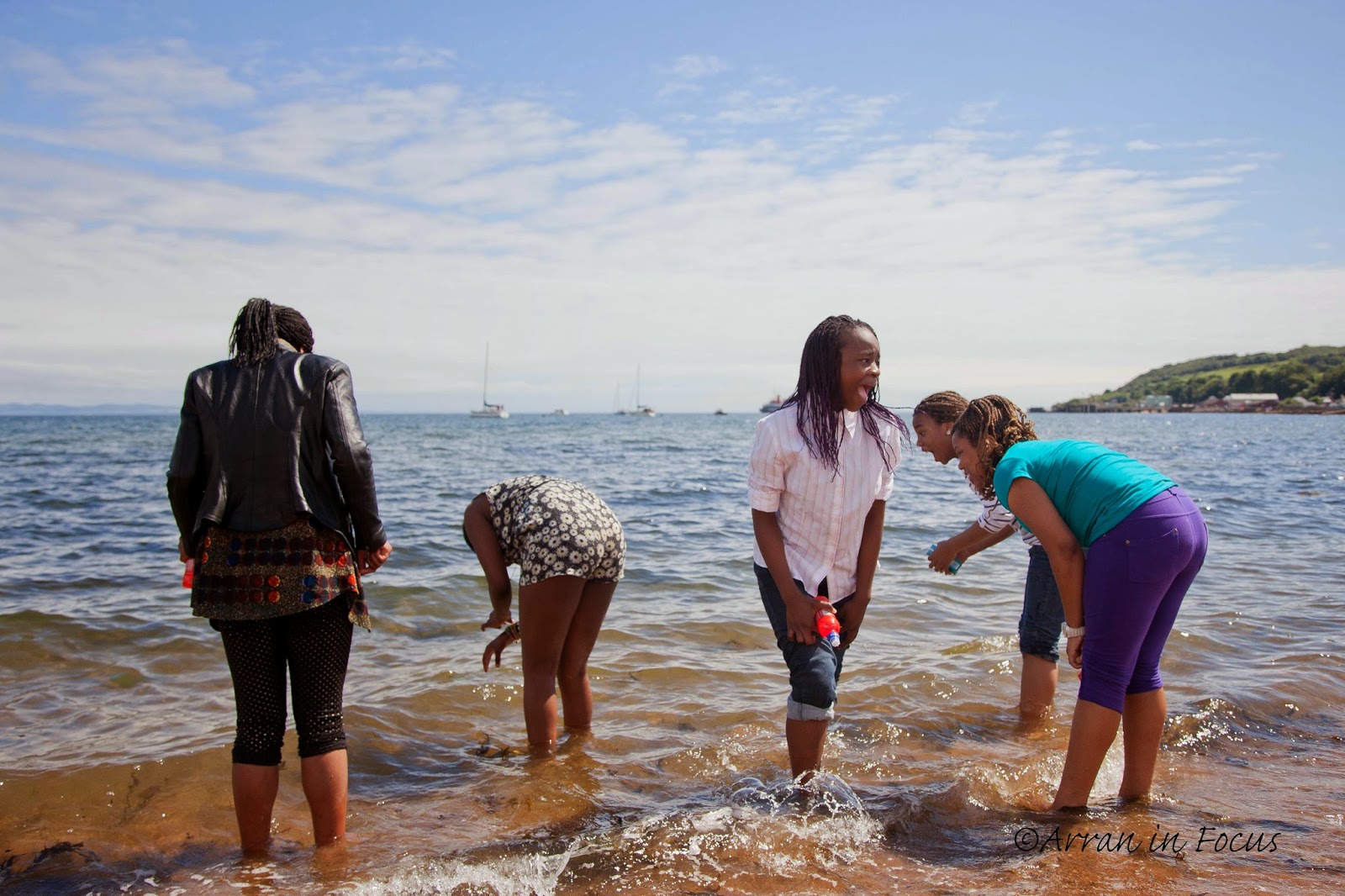 They were keen to dance, sing and bang the drums. The smaller children loved the playground, and the teenagers paddled in the sea (screeching as the cold water hit their feet). 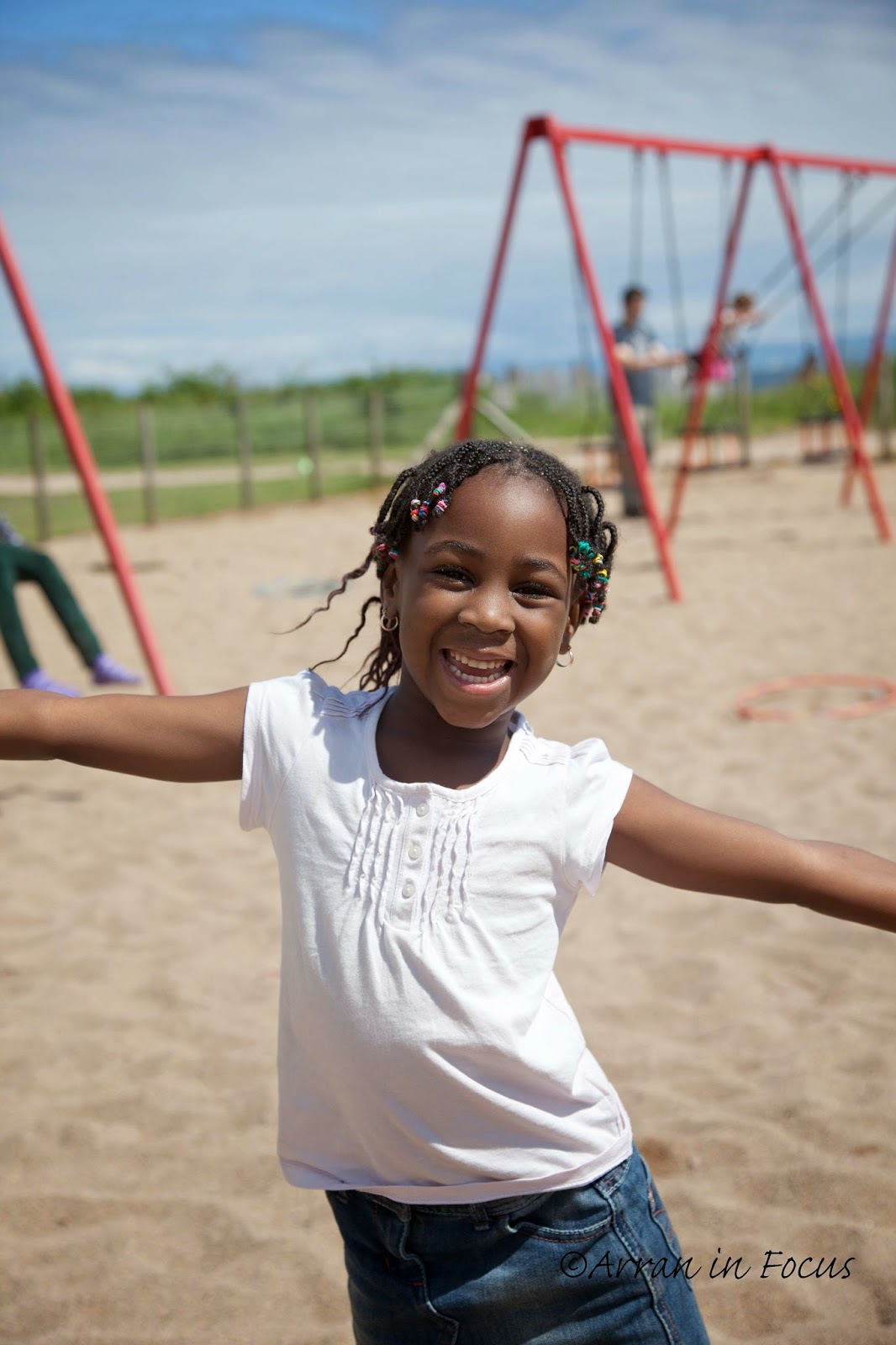 And they were interested in us and our environment.  COAST had laid on touchy/feely tanks full of sea creatures and they all were keen to have a look. 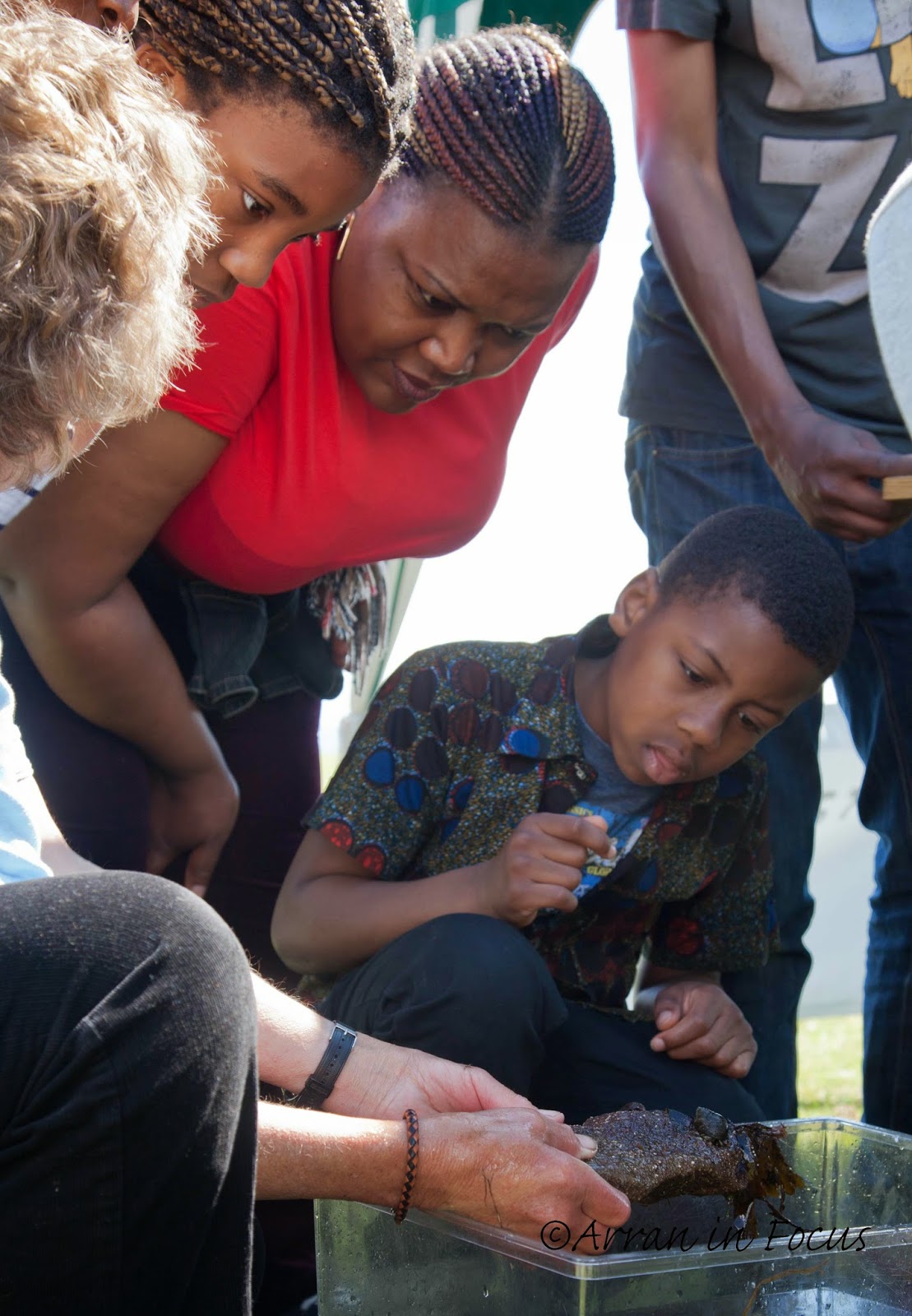 But mostly they were a large family group, from babes in arms, teenagers and the older generation they all engaged with each other and us.  They were a happy friendly group and I hope they go away with some happy memories of the Island. 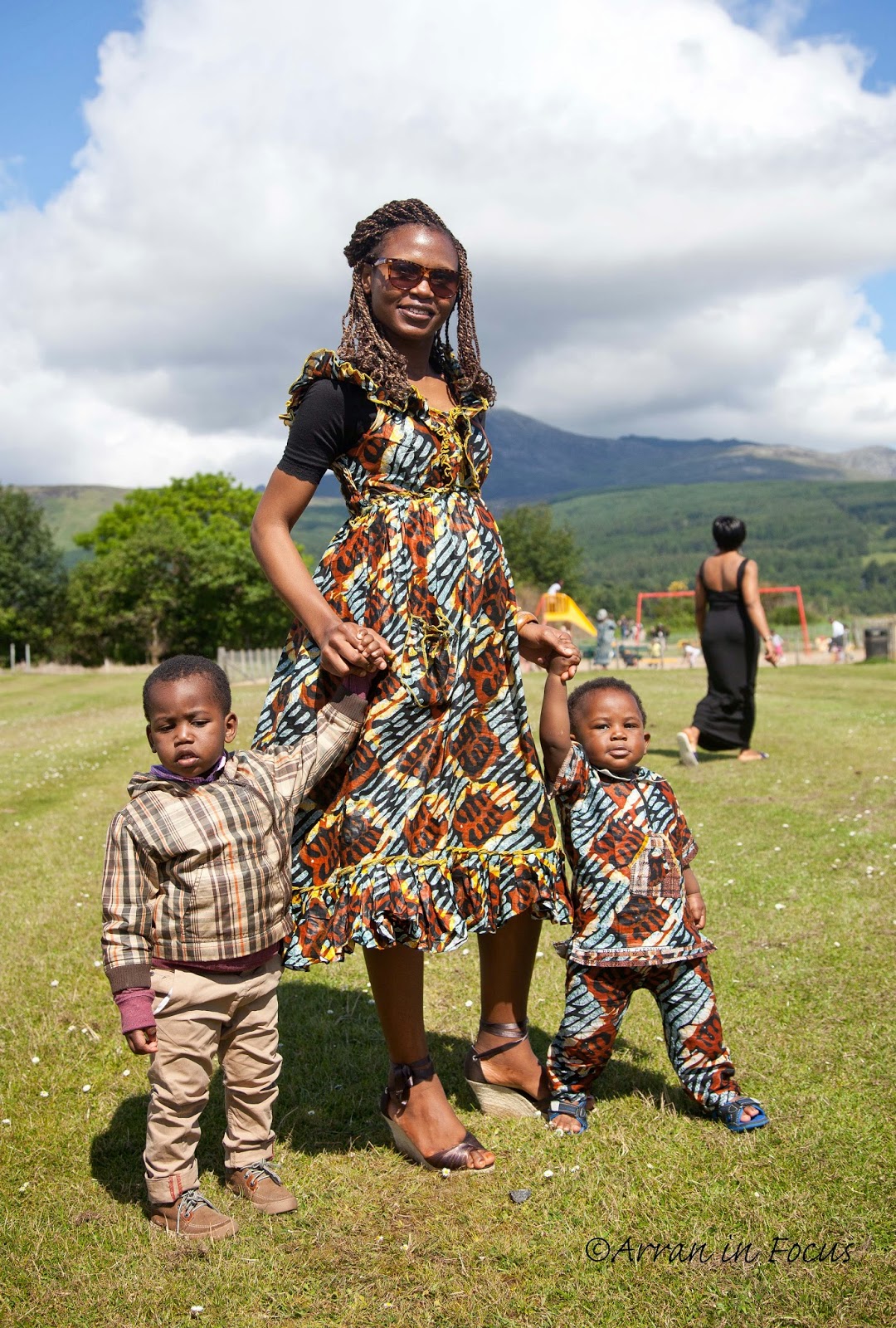 The full album of photo's can be found here. (Arran in Focus facebook page).
Posted by Jackiesrunning at 10:00