Pipe Band (A to Z challenge) 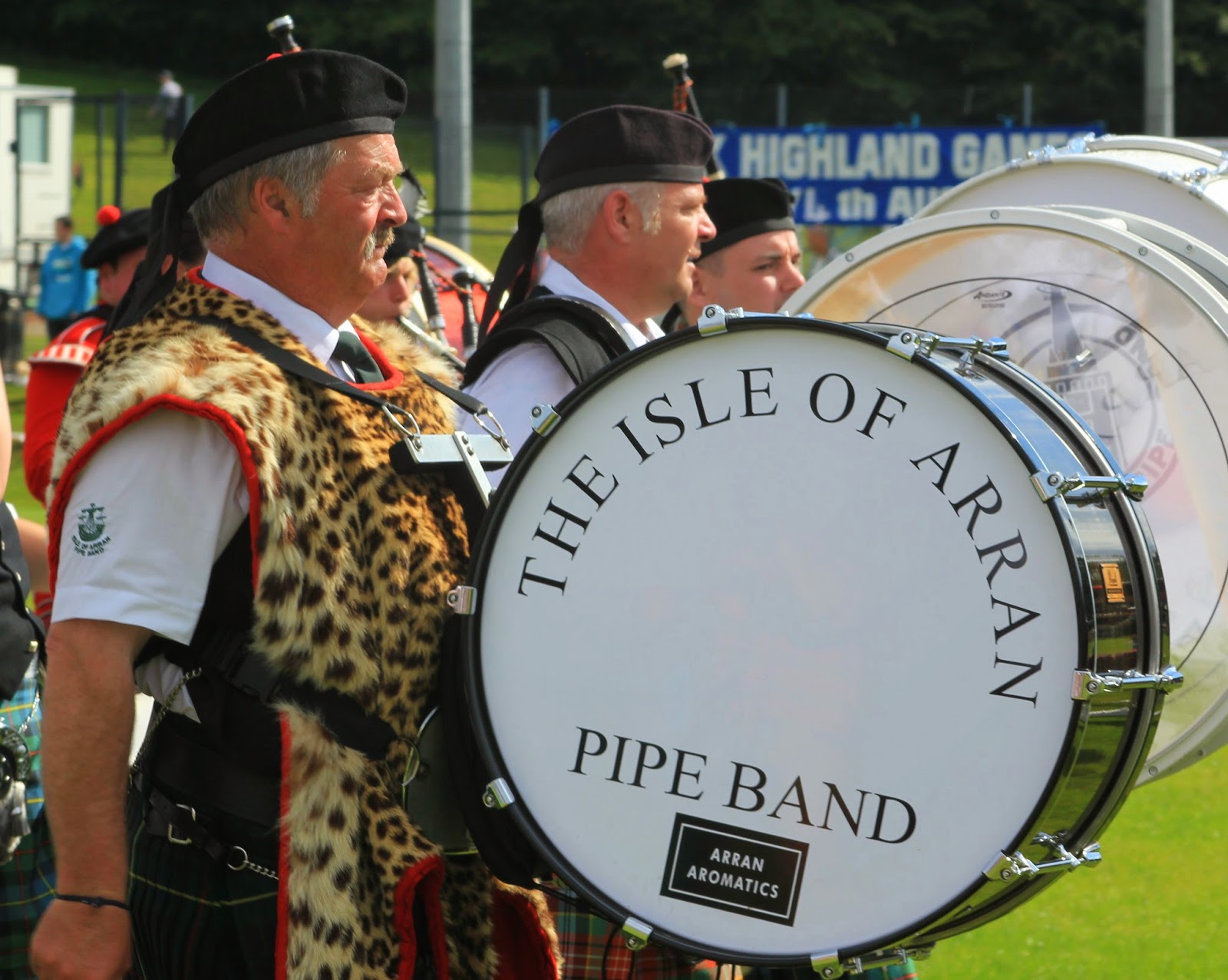 What could be more Scottish than a pipe band, and of course Arran has its own. The history of the pipe band goes way back and some detail can be found on the Isle of Arran Pipe Band website. 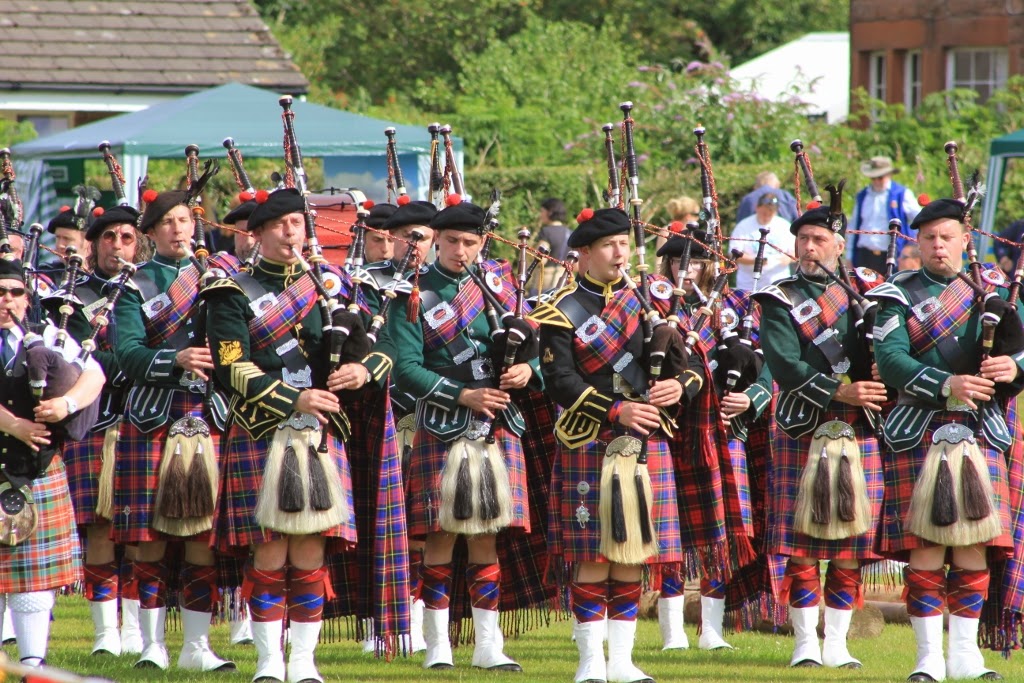 During Brodick Highland games, many bands come and put on an amazing display culminating in a mass parade around the main show ring.  How they manage to march and play (and breath) is quite beyond me.The highland games is a true spectacle, and for anyone who has never been to an event like this, it's definitely one for the 'bucket list'.  Pipes, Scottish dancers, tossing the caber (and other huge weights), whisky, Scottish beef burgers and generally a fun time. Brodick Highland games are on 9th August this year. 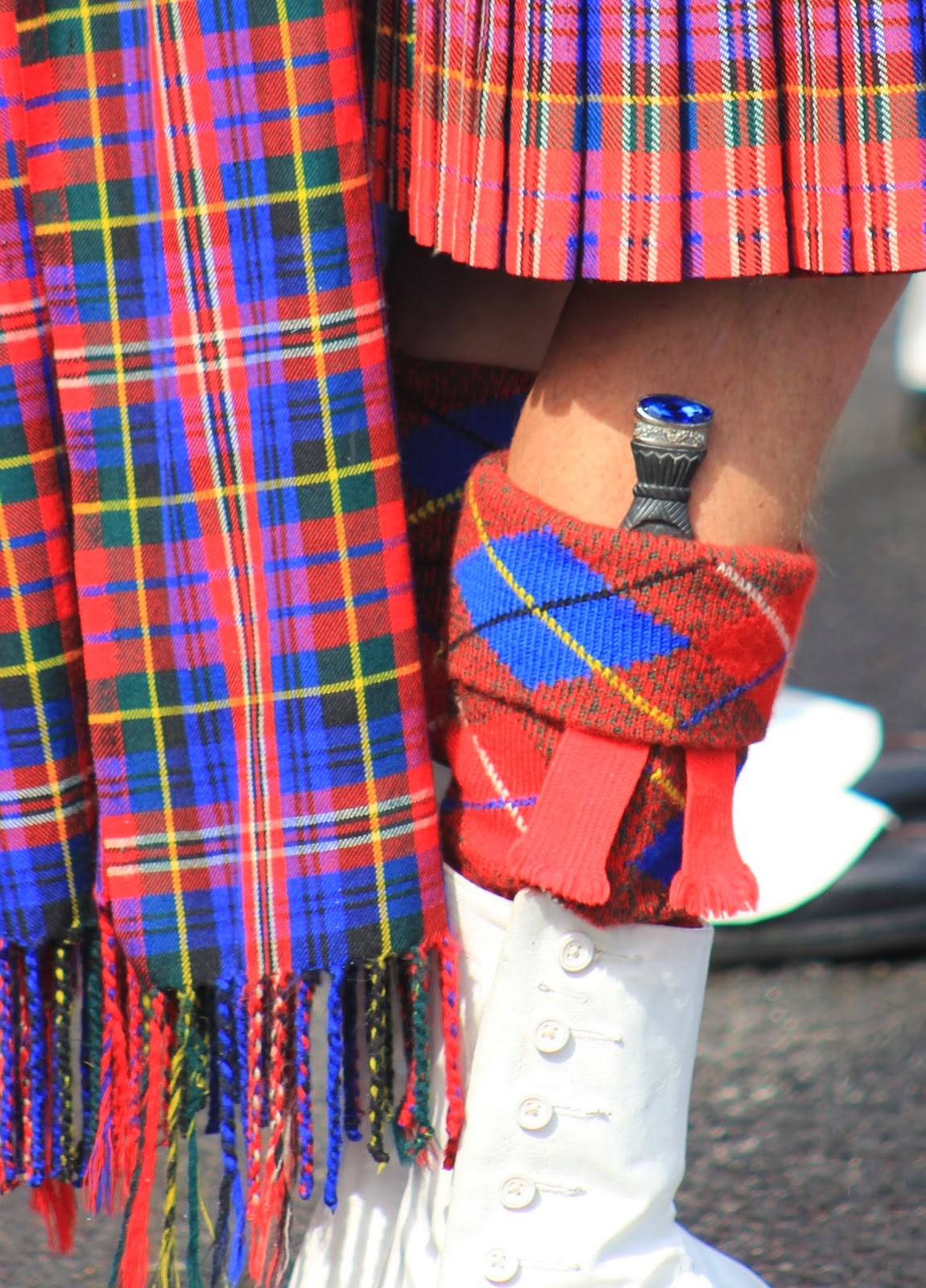 The Arran pipe band can also be seen at other events on Arran throughout the year, such as the agricultural show in Lamlash, at the Castle and also at the museum. 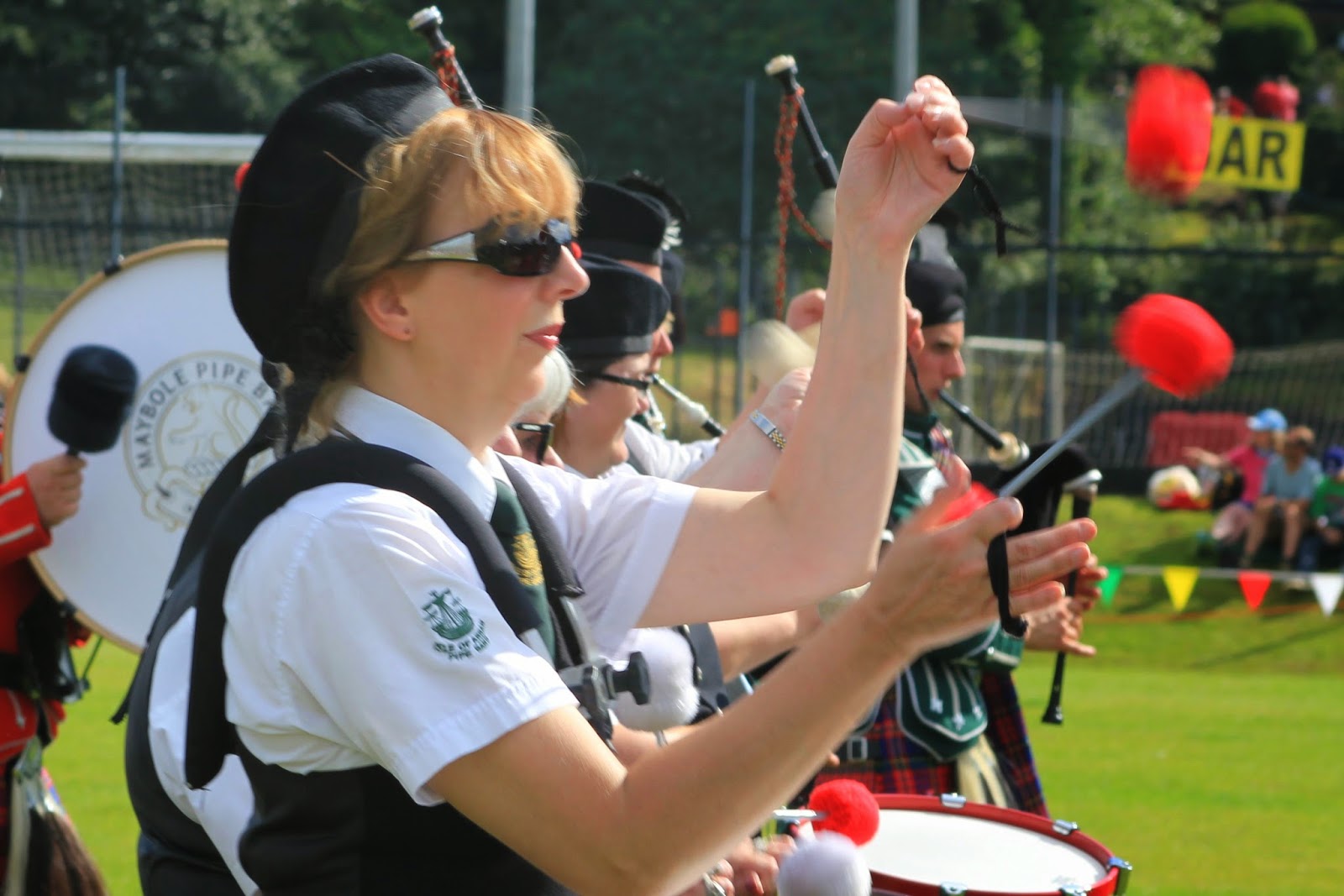